Your Day in Court

Though many people choose to plead guilty or settle before trial, anyone is within their right to take their disagreement to trial.  After voir dire, the trial begins.  Each step of the trial process is part of a rigorous system driven by a single purpose – to protect the rights of citizens by resolving disputes fairly.

All witnesses must swear or affirm that their testimony will be truthful.  If a witness makes false claims while under oath, they can be charged with perjury, which is itself a crime. 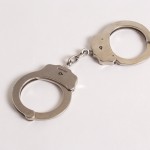 A criminal defendant who is found guilty, or who voluntarily pleads guilty, is scheduled for a sentencing hearing approximately 90 days after the verdict.  This gives the U.S. probation officer time to research and prepare a pre-sentence report for the judge.  This report is used by the judge to determine punishment for the crime. The judge’s primary goal is to order punishment that is suitable for the crime committed, but no more than needed.  Other goals include keeping the community safe, deterring similar crimes in the future, and rehabilitating the individual to prevent them from committing future crimes.  The judge also wants to avoid unfair differences in sentences for similar crimes committed by different defendants. Types of punishment can include imprisonment, house arrest, supervised release, substance abuse treatment, counseling, educational training, payment of fines and/or restitution. When assigning the appropriate punishment, the judge uses the advice of U.S. Sentencing Guidelines.  These guidelines take into account the seriousness of the offense, and the criminal history of the person.  For some types of crimes, there is a mandatory minimum sentence set by federal law. In many cases, there may be a term of imprisonment, followed by a period of supervised release.  During that term of release, the offender will be supervised by a U.S. probation officer while living back in the community, and will be required to adhere to various conditions.

Your Day in Court

Directions: Click START to begin the Student Challenge. Use the ARROW to move through the questions. Check your RESULTS at the end.
Start
Congratulations - you have completed Your Day in Court. You scored %%SCORE%% out of %%TOTAL%%. Your performance has been rated as %%RATING%%

Your answers are highlighted below.
Opening statements are just statements, and cannot be considered as evidence by the jury.
A common objection is for hearsay, which is off-topic testimony.
In a criminal trial, the 5th Amendment requires the accused person to testify.
Federal judges use guidelines to help determine the appropriate punishment for crimes.
In federal court, all jury verdicts must be unanimous.
Once you are finished, click the button below. Any items you have not completed will be marked incorrect. Get Results
There are 5 questions to complete.
Return
Shaded items are complete.
Return
You have completed
questions
question
Your score is
Correct
Wrong
Partial-Credit
You have not finished your quiz. If you leave this page, your progress will be lost.
Correct Answer
You Selected
Not Attempted
Final Score on Quiz
Attempted Questions Correct
Attempted Questions Wrong
Questions Not Attempted
Total Questions on Quiz
Question Details
Results
Date
Score
Hint
Time allowed
minutes
seconds
Time used
Answer Choice(s) Selected
Question Text
All done
Need more practice!
Keep trying!
Not bad!
Good work!
Perfect!

The judicial branch must apply the existing laws to each individual situation, to be sure justice is administered fairly. This includes punishing those who are guilty of breaking the law, and keeping the rest of the community safe from crime. Courts also settle disputes between citizens that they can’t resolve on their own.