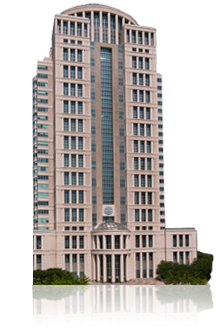 In 1968, Senator Eagleton was elected to the first of three terms in the U.S. Senate, where he won recognition for his work in foreign relations through the Eagleton Amendment to cut off funding for the bombing of Cambodia, which effectively ended U.S. involvement in the Vietnam War.  He also co-authored the Clean Air Act of 1970, and the Clean Water Act of 1972.  He was co-author for the legislation creating Pell Grants for college students as well.

After his retirement, Senator Eagleton practiced law in St. Louis, and was a professor at Washington University, Saint Louis University, Webster University and Rockhurst College.  He also led the effort to bring the Rams football team to St. Louis.  Senator Eagleton was present at the courthouse dedication in his honor on September 11, 2000, and had this to say;

Senator Eagleton remained active in civic affairs until his death in March, 2007.